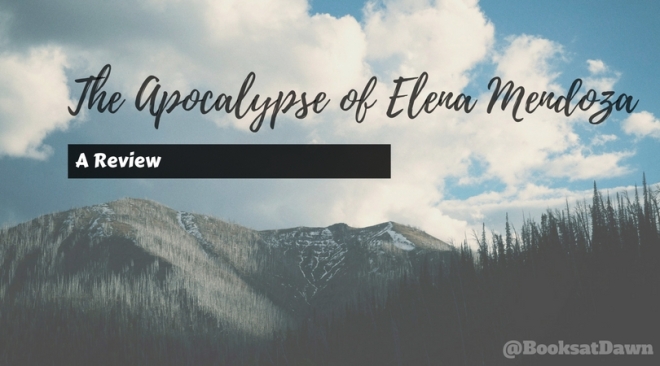 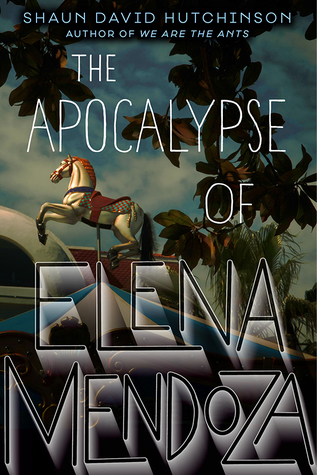 Sixteen-year-old Elena Mendoza is the product of a virgin birth.

This can be scientifically explained (it’s called parthenogenesis), but what can’t be explained is how Elena is able to heal Freddie, the girl she’s had a crush on for years, from a gunshot wound in a Starbucks parking lot. Or why the boy who shot Freddie, David Combs, disappeared from the same parking lot minutes later after getting sucked up into the clouds. What also can’t be explained are the talking girl on the front of a tampon box, or the reasons that David Combs shot Freddie in the first place.

As more unbelievable things occur, and Elena continues to perform miracles, the only remaining explanation is the least logical of all—that the world is actually coming to an end, and Elena is possibly the only one who can do something about it.

The Apocalypse of Elena Mendoza by Shaun David Hutchinson is the newest sci-fi contemporary from one of my favorite authors of all time! Now if you know me, you know that I am a huge fan of his books and knew I had to get my hands on this one ASAP. Like his previous works, he perfectly blends odd sci-fi elements into a seemingly contemporary story mixed with LGBT themes and mental illness.

The story follows Elena, the product of a virgin birth. She’s been able to hear inanimate objects speak to her for as long as she remembers. But when her crush gets shot in front of her work, they begin to tell her that she can heal people and she should save her crush. But with great power comes great consequence as Elena’s new life begins to unfold in front of her.

It doesn’t need to be said, but Hutchinson knows how to write a fantastic book. He can honestly embody the minds of young people perfectly. From their thoughts, to their interactions, and their emotions. Everything about the writing was spot on and perfect!

The story idea was very unique and interesting to read. I spent a lot of the time trying to pick at the metaphors that Hutchinson’s books tend to have. It was very hard to pinpoint them but I have my theories. Another cool aspect was the life lessons he likes to pass down to us readers without even trying. A lot of thought and effort must go into the conception of his stories.

Of course we continue to keep getting great LGBT rep, this time in the form of a bisexual female. This is his first book that I have read with a female lead and it was nice to change it up a little so things don’t get convoluted between his other works.

If you are fan of his previous books, then you will be happy to pick out all the Easter eggs hidden and not so hidden throughout the book. I managed to pick out a egg from Death Day Letter, The Five Stages of Andrew Brawley, We Are the Ants and of course his latest At the Edge of the Universe. That is fun in of itself!

It goes to say that I will always read what Shaun David Hutchinson writes, and I can’t wait to see what he has in store for us next!

Have you read The Apocalypse of Elena Mendoza? What did you think of it?

Let me know in the comments! 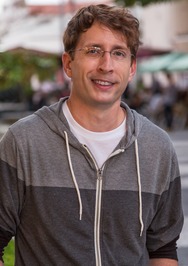 SHAUN DAVID HUTCHINSON is a major geek and all about nerdy shenanigans. He is the author of We Are the Ants, The Five Stages of Andrew Brawley, The Death Day Letter, fml, and the editor of the anthology Violent Ends. Find out more information at shaundavidhutchinson.com.

He currently lives in South Florida with his dog and watches way too much Doctor Who.