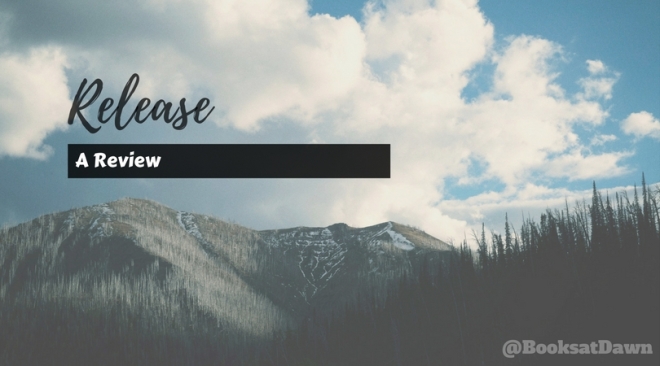 Adam Thorn doesn’t know it yet, but today will change his life.

Between his religious family, a deeply unpleasant ultimatum from his boss, and his own unrequited love for his sort-of ex, Enzo, it seems as though Adam’s life is falling apart.  At least he has two people to keep him sane: his new boyfriend (he does love Linus, doesn’t he?) and his best friend, Angela.

But all day long, old memories and new heartaches come crashing together, throwing Adam’s life into chaos. The bindings of his world are coming untied one by one; yet in spite of everything he has to let go, he may also find freedom in the release.

** Received an ARC from HCC Frenzy for an honest review **

Release by Patrick Ness is a young adult contemporary about a gay boy named Adam. He’s going through a lot of crap in his life right now. He still harbors strong feelings for his ex boyfriend, his parents are super religious and place a lot of pressure on him, his best friend is going away for the last year of high school, and he isn’t sure what his feelings are for his new boyfriend Linus. See what I mean? That’s one confusing life for a teenager.

I really enjoyed the Adam’s story. I found his struggles relatable especially to my own life experiences coming out. I know what it’s like to struggle with feelings for guys, heck I still have trouble in that aspect. I even know what it’s like to have a religious parent that doesn’t agree with that part of my life. Adam handles all his problems with real life emotions. He stays calm, he cries his eyes out, and he gets angry. He was fully fleshed out.

Ness has a way of writing that brings his characters to life. He understands the teenage mind and the teenage experiences. Whether he is writing from a place of understanding and experience, or he knows someone who has gone through something similar, he does a stand out job!

Release is told in two parallel storylines. One is Adam’s life and his issues. The other is the most bizarre thing I have ever read in a contemporary before. If you’re not into supernatural demons, possession etc, then this might throw you through a loop. It was totally lost on me and I didn’t see the parallel between the two stories. BUT don’t let it turn you off from reading this book. Adam’s story and experiences are well worth the read!

If it wasn’t for the alternate story, I would have given this an easy 5 stars for Adam’s story and Ness’ writing style. But besides that unfortunate aspect, I really enjoyed Release a lot. You should check it out for yourself!

I highly recommend this one if you like real life situations, emotional turmoil, and exceptional writing. Let me know what you guys thought of Release by Patrick Ness! I would love to hear your opinions as well! 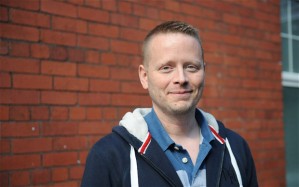 Patrick Ness, an award-winning novelist, has written for England’s Radio 4 and Sunday Telegraph and is a literary critic for The Guardian. He has written many books, including the Chaos Walking Trilogy, The Crash of Hennington, Topics About Which I Know Nothing, and A Monster Calls.

He has won numerous awards, including the Guardian Children’s Fiction Prize, the Booktrust Teenage Prize, and the Costa Children’s Book Award. Born in Virginia, he currently lives in London.