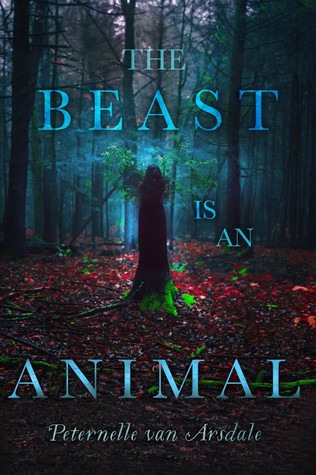 Alys was seven when the soul eaters came to her village.

These soul eaters, twin sisters who were abandoned by their father and slowly morphed into something not quite human, devour human souls. Alys, and all the other children, were spared—and they were sent to live in a neighboring village. There the devout people created a strict world where good and evil are as fundamental as the nursery rhymes children sing. Fear of the soul eaters—and of the Beast they believe guides them—rule village life. But the Beast is not what they think it is. And neither is Alys.

Inside, Alys feels connected to the soul eaters, and maybe even to the Beast itself. As she grows from a child to a teenager, she longs for the freedom of the forest. And she has a gift she can tell no one, for fear they will call her a witch. When disaster strikes, Alys finds herself on a journey to heal herself and her world. A journey that will take her through the darkest parts of the forest, where danger threatens her from the outside—and from within her own heart and soul.

** Received an ARC from Simon & Schuster Canada for an honest review. This does not affect my opinion at all. Thank you!! **

Way back in the beginning, there were two sisters.

The Beast is an Animal by Peternelle van Arsdale is a dark and creepy fantasy about a girl who witnesses the soul eaters take away the souls of all the adults in her village. As she grows up she begins to feel like something dark is growing inside her. She is becoming what she should fear the most. To save the ones she holds close, she must fight the darkness and close it off forever.

If you are into a dark fantasy, then The Beast Is an Animal is the perfect book for you. From the plot, to the setting, to the storytelling. Everything about this book is creepy as heck. One of my favorite aspects of the book is that is does not shy away from it. There is very little light at the end of this tunnel.

Peternelle does a fantastic job getting into the dark crevices of your imagination. At some points I was wondering how she came up with such a unique concept.

The Beast Is an Animal has a unique tone to it. Although it’s dark and creepy, it’s not terrifying. But who would have thought that a story about soul eaters could be as captivating as this one was. I was rooting for Alys the whole time. I knew there was something off with her but she was able to handle and adapt to scenarios with ease.

Peternelle created a world and characters that are quite unique. The soul eaters will go down as the creepiest villains that I have ever read. I think a story like this one, being so unique, is one that will stick with you for weeks/months/years after reading it.

To stray away from being overly frightening, the writing of The Beast Is an Animal was magnificent. Peternelle has such a beautiful and luscious tone to her writing that you can’t help but keep reading. It has an eerie vibe that creeps in through your eyes and flows straight to your subconscious.

The writing of The Beast Is an Animal will just suck you into the story.

So I’m not even completely tiffed about this dislike as much. But it does cover Alys’ life from the age of 7 until 16. So at times it can be a bit plodded and arduous to get through. It takes a bit to fully get things swinging with the plot and the set up would have been a bit smoother had it been sped up a bit more.

I highly recommend this one if you want a change of genre. This dark, creepy, fantasy is a fantastic read. Let me know what you guys thought of The Beast is an Animal by Peternelle van Arsdale! I would love to hear your opinions as well! 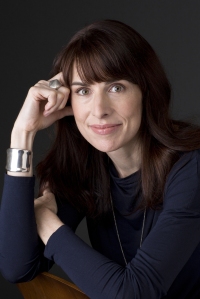 I’m a book editor turned young adult novelist.I still love to edit, but I’ve discovered that I like to make up my own stories even more than I like to fix other people’s. It’s less stressful. Also, I’m controlling, and I pretty much get to say what goes in the worlds that I create. I live in New York City, where I own a Metrocard and drive as little as possible. I have perfect control over my feet.