Spinning directly out of the epic events of DC UNIVERSE: REBIRTH #1, the Fastest Man Alive finds himself at the center of a DC Universe at a crossroads. 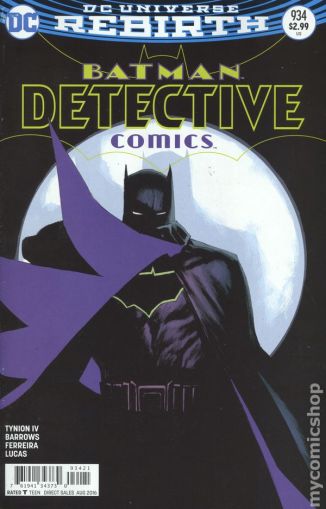 RISE OF THE BATMEN Chapter One
An unknown predator begins outdoing Batman, taking down dangerous threats with military precision. Its up to the Dark Knight and series costar Batwoman to rally and train the young heroes of Gotham City to end this mysterious threat!WHAT NOW: Batman and Batwoman begin training Spoiler, Red Robin and Cassandra Cain, but is the villainous Clayface ready for redemption?

Born to both the surface and the sea, Arthur Curry walks in two worlds but can find a home in neither. The king of Atlantis looks to reconcile his split heritage as he embarks on a new mission that may finally make him choose between his two paths.

Held captive by the mysterious Harley Sinn, Harley Quinn tries to learn the identity of her captor and what Sinn intends to do with her! But the most significant question of all is why Sinn has been conducting surveillance on the family members of the rest of the Gang of Harleys, and what does she intend to do with them?

It’s high noon for Captain Canuck as he faces off against Criterion in the Wild West. Will he survive? Or will he go home in a pine box?