I was tagged by Kacie over at Kacie’s Bookshelf. Thank you so much for tagging me, and you guys should definitely go and check her out!

The Lunar Chronicles by Marissa Meyer.

I had to choose this series for Maleficent because that is exactly what you are expecting the whole time while reading. DOOM. You just really never know when Queen Levana is going to do something sinister. She really keeps you on your toes from beginning to end. One of my favorite book villains to date.

A book or series in which the villain tricks the hero

I chose Red Queen because our poor hero Mare gets the rug pulled out from under her literally the last couple chapters of the book. I literally had my jaw dropping. You honestly have to read the book to know what I’m talking about because holy jeez. Literally HOLY JEEZ.

I chose Splintered for the sole reason of the Red Queen (Queen of Hearts). She set up her own demise when she entered the human realm. To avoid spoilers I will have to leave it at that. Just know that her demise was brought on by GREED and her own selfish decisions.

A book or series that left you speechless

After reading this book I honestly couldn’t even think straight let alone speak. One of the best YA fantasy novels/series around. King Gauis is absolutely RUTHLESS and no one will stand in his way, not even his own family. Everyone is expendable to him. You better watch you back because before long he will right behind you with the knife.

A Court of Thorns and Roses by Sarah J. Maas

So lets talk about the villain from ACOTAR. She was so forgettable that I even had to search up her name a minute ago because I couldn’t remember it. Amarantha FAILS to be taken seriously. I was face palming when we finally meet her in the book. I’m just hoping that the next book in the series has someone that I’ll actually be able to remember.

A book or series in which the villain almost wins

I was on the edge of my seat reading this book! The villain Blackwell was so close to killing one of my favorite characters in the story. I swear I would have CRIED. The damn bastard escapes… If I get my hands on him he won’t be doing that again!

A Book of Spirits and Thieves by Morgan Rhodes

Farrell, Farrell, Farrell. I have not lost my hope in you yet. I know deep down that you are being MANIPULATED and CONTROLLED into doing all these horrible acts. I will forgive you if you snap out of it and kill the bastard that is doing this to you.

P.S. slow down on the vodka, kay? It’s not good for your liver.

A book or series with familial betrayal 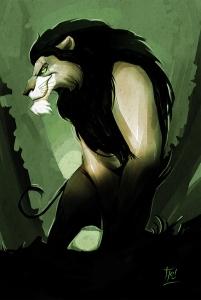 Can we talk about the brother/sister duo Ashur and Amara for a minute. TEARS, really big tears happened after this familial betrayal. Honestly, how could this happen? How? I am so distraught. I don’t even want to function anymore. Morgan Rhodes needs to stop with this madness. My poor little heart can’t take anymore.

There were so many villains in this book I feel. But the one that stuck out for me for this topic was Jackal. On the battlefield he was made out to be this god like creature with CANNIBALISTIC tendencies. But when we finally meet him, he’s this scrawny little worm. If it wasn’t for the game proctors saving him, he definitely would have humiliated himself soon. 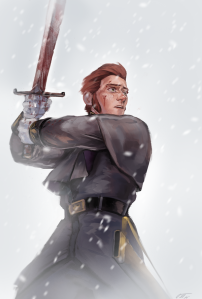 Just like in Frozen, I was equally as shocked with the outcome of the villain in this book. I literally can’t go into details because that would be major spoilery. But my golly was it ever a THRILLING REVEAL! One that I will remember for books to come.

What a fun time I had coming up with this list! Villains in are such a huge factor in most books that I thrive on the really good ones. I sometimes root for them more than the main characters at times! But anyway, I hope you enjoyed this fun little tag.

Let me know who your favorite villains from your stories are. I would love to know!